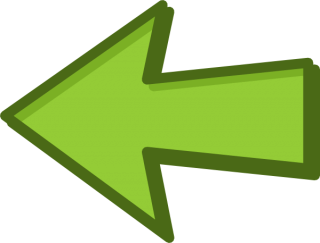 Incredible deal on genuine Hella E-Code headlights - were $130, now $79/pair! This is the best $79 you will ever spend on your VW - a huge improvement over your stock sealed-beam headlights! Drop-in replacements for any car that takes 7" round (H6014 or H6024) headlights - not just various VW models, but also others from Mazda to Mercedes.
Part Reference Number
70476
Brand: Hella
Availability: Usually ships in 1-3 working days (sooner if Expedited/Express shipping is chosen)
$79.95
Sale
Save for later 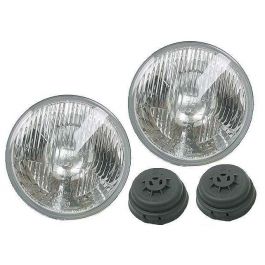 These are the genuine article, imported directly from Europe and certified E-Code, meaning they meet strict European standards for lighting and beam control (maximum visibility without blinding oncoming traffic). Do not confuse them with the "Hella Vision Plus" ones sold elsewhere, which are not true E-codes and do not have the same lenses or beam pattern. (If they don't say E-code in the listing, they're probably not.) These are direct bolt-on replacements for your stock 7" sealed-beam bulbs; just pop them in and you're ready to go.

Bulbs: Hella doesn't include bulbs, but we've obtained a half price deal on those as well. Click here to order quality German H4 60/55w bulbs for just $3.95 each. These bulbs work with the stock wiring and plug; no modifications required. (If you have a pre-'67 6-volt Bug or Bus, order these 6 volt versions instead.)

Optional High-Output Bulbs: We also offer higher-output 55/100 watt and 90/100 watt bulbs, although they may require the use of relays due to their higher current draw.

LED-Ready.  These headlights accept all H4 LED bulbs, but we don't sell those bulbs and are recommending high-output Halogen bulbs instead. Why? Because retrofit LED's (for vehicles not factory-equipped with LED headlamps) aren't quite ready for prime time yet. There's a reason why the major bulb suppliers (such as Hella and Sylvania/Osram) are not offering them yet, but off-brand Chinese companies are. The beam pattern tends to be irregular (either blinding oncoming traffic, or not illuminating the road evenly), and reliability, QC, and lifespan are inconsistent. (Also they don't generate heat so they're poorly suited for cold weather; they won't melt snow that hits your headlights.) At this time we are not recommending switching to LED, but when that time comes all you have to do is plug in LED bulbs in place of the included halogen ones, it's that simple. By the time the halogen bulbs burn out it may be time to go LED, but if not, replacements are only $8 a pair and are a huge improvement over what you're using now.

'80-85 Vanagon Owners: These headlights are also available as part of our VisionKit Special, - the ultimate headlight upgrade for your Vanagon, which doubles your headlight performance. It includes these headlights, relays, wiring, and German high-output 90/100 bulbs, all for $119 complete.

Disclaimer: These E-code spec headlights exceed all European and Canadian standards for street use, and are widely considered superior to U.S. spec headlights. Unfortunately the U.S. DOT never adopted the European standard (nor did they set their own), leaving a hole in the regulations. As a result, all H4's (even E-code ones) must be designated as "for offroad use only" if sold in the U.S. Compliance with local laws is the buyer's responsibility.